Praying in the library

My son has half a dozen Mantis religiosa living in terrariums outside his bedroom window. Every so often one of them gets curious and comes inside for a peek. This fat, well-fed female seemed interested in literature. Perhaps she realized the word mantis comes from the Ancient Greek for seer, prophet or soothsayer. Old Calchas, the prophet in the Iliad who angered Agamemnon so much, had been given mantosune, the gift of prophecy, by Apollo. With that gift, Calchas “hos eide ta t’eonta ta t’essomena pro t’eonta” — he knew both what is and what will be and what was before. In other words, he could see the past, the present and the future. If I could’ve known the future, I would’ve known that this mantis was pregnant and looking for someplace to lay her eggs. Later at night, she found a good, hidden spot — underbeneath (as my son would put it) a wooden box on my balcony. In the wild, they lay eggs under rocks and fallen logs. The eggs are encased in a gooey paste that hardens like concrete into an ootheca to protect them. 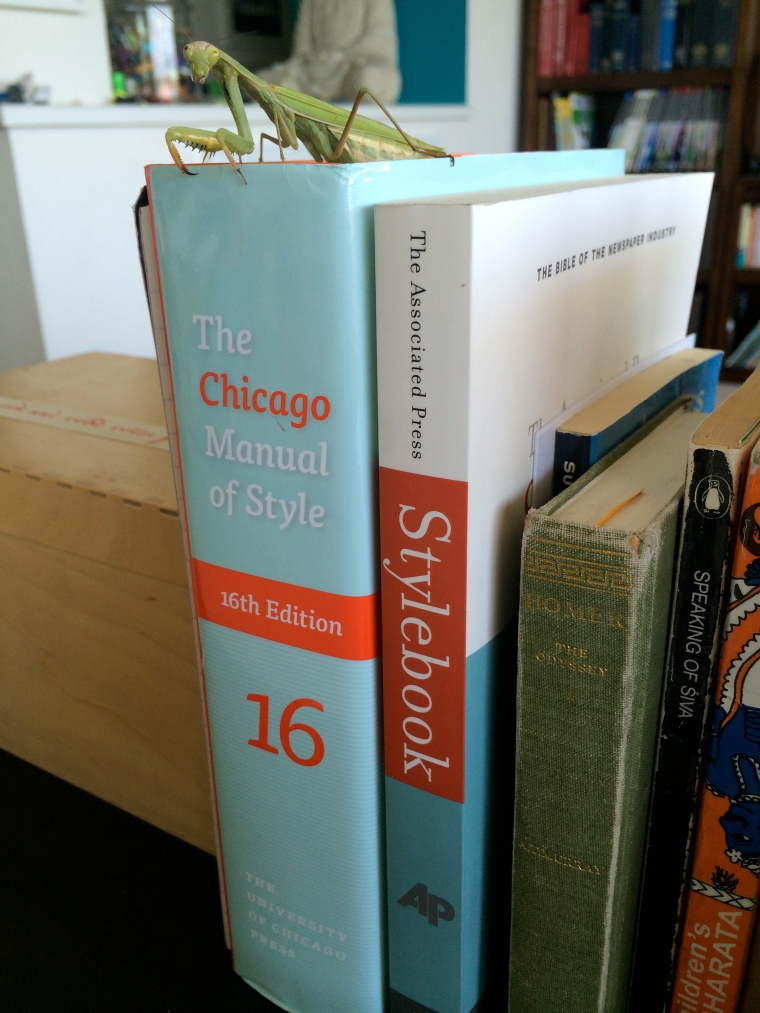 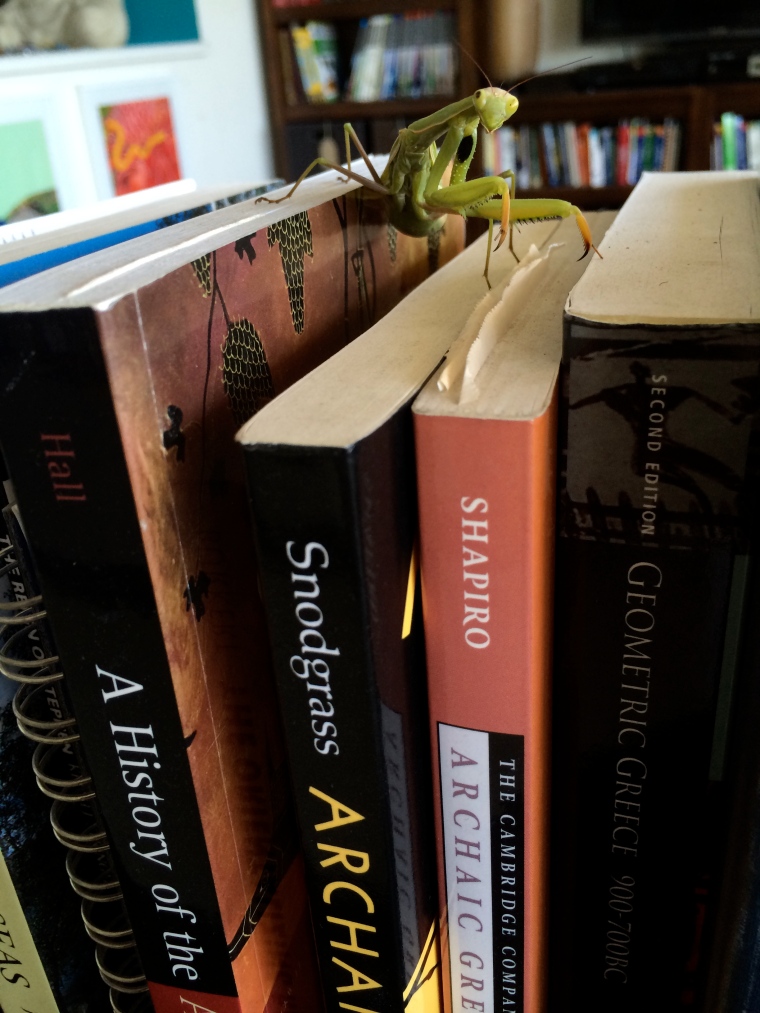 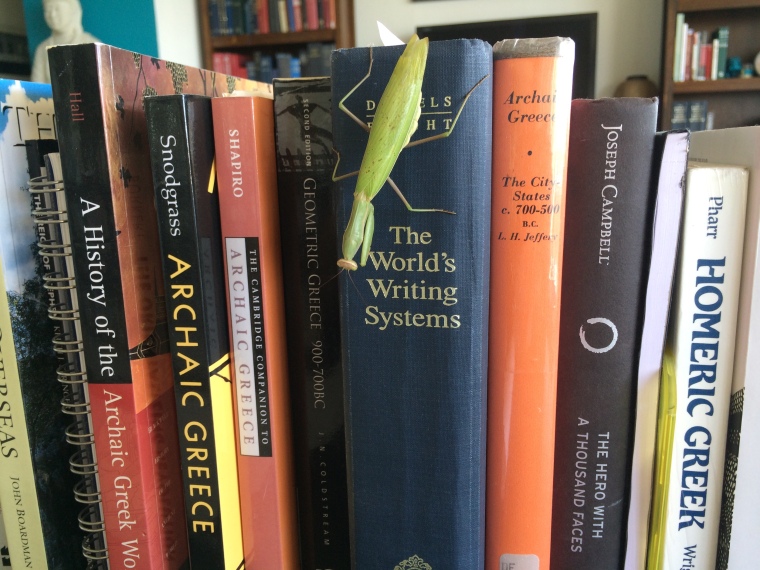 Later at night she laid her eggs in an ootheca under a box on my balcony.