Last summer, Alameda and Lake Merritt had an invasion of Aplysia californica, giant marine slugs known as “sea hares.” We hadn’t seen any at all this year, either at Crab Cove or here in the lake, until today. But a few have returned, including a couple of full sized adults as big a bowling balls. We also caught a big pipefish today — a relative of seahorses. It’s always astonishing to be reminded of the diversity of life right at our doorstep here in Oakland. 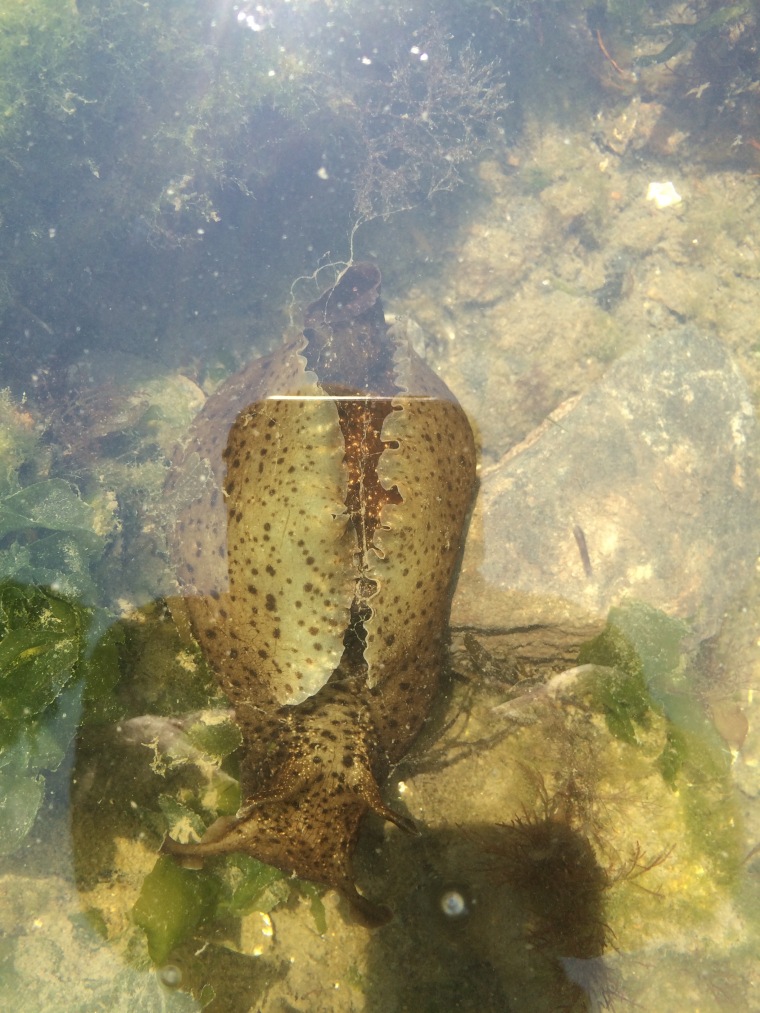 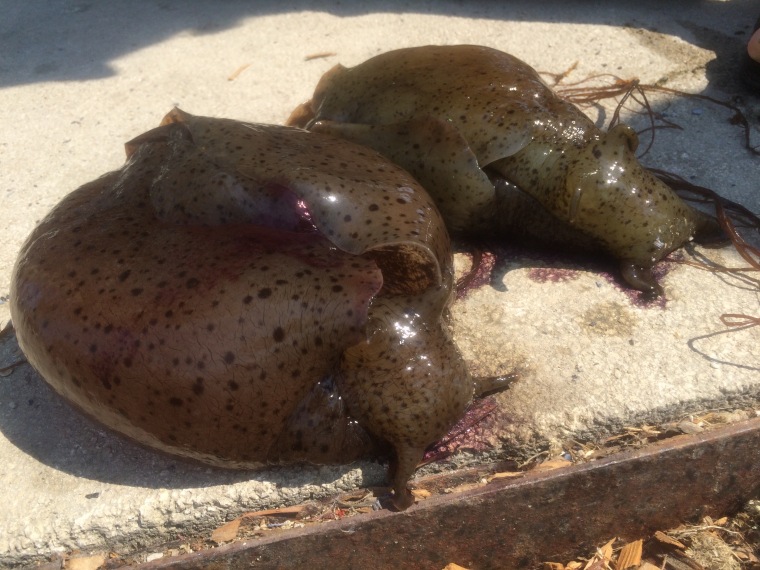 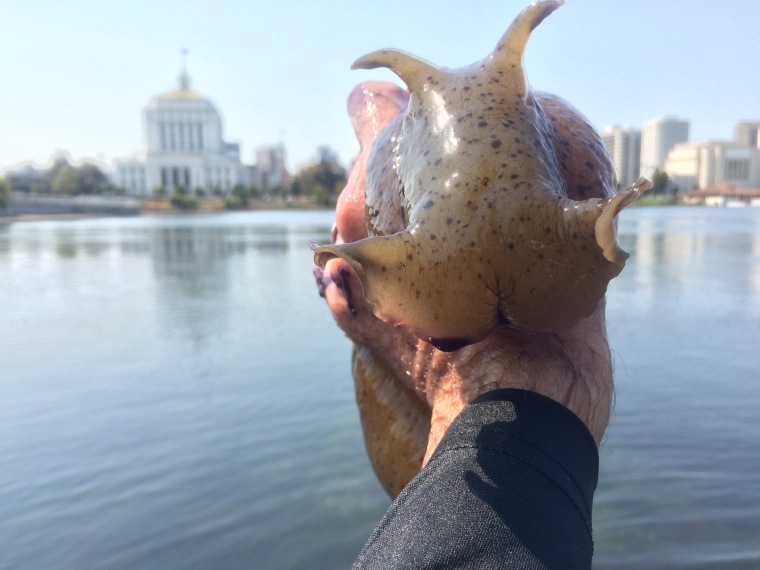 The “ears” on top of an Aplysia‘s face give it the nickname “sea hare.” 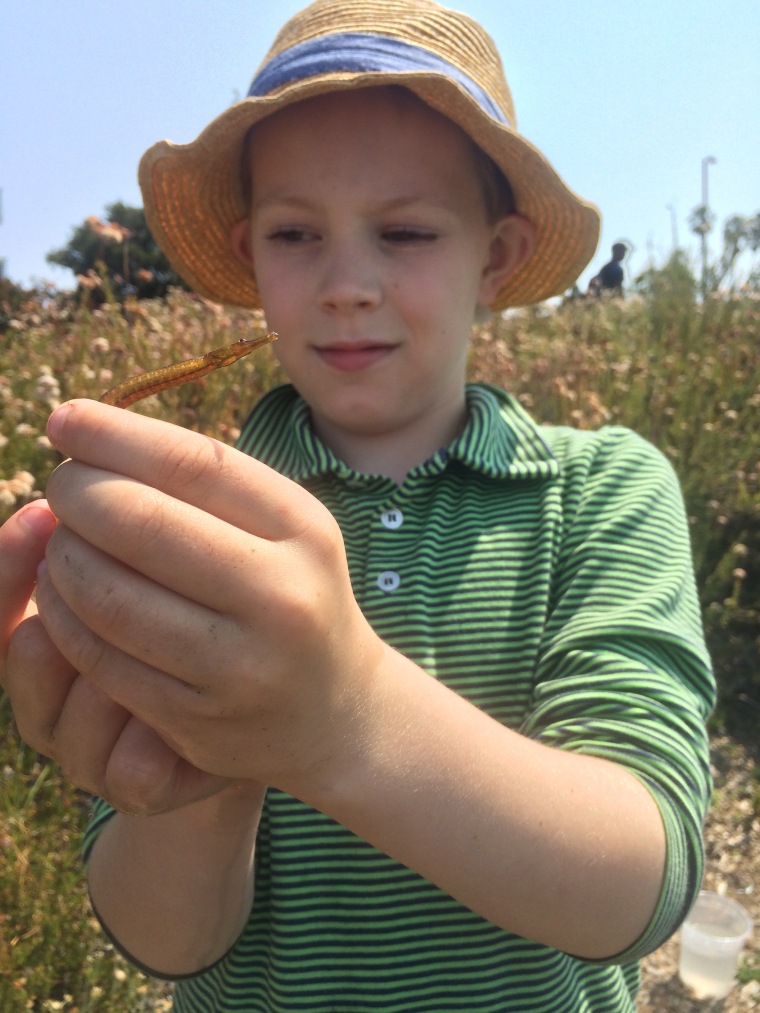 A pipefish, which is a relative of sea horses. Probably in the genus Syngnathus.