A huge fire broke out at a construction site close by Lake Merritt early this morning. The site, near Grand Avenue and Harrison, is in a neighborhood busy with construction — new buildings are going up all over that area. Streets through the area, such as 23rd, 24th and Valdez, have often been partially or completely closed due to construction, and traffic along 27th between Broadway and Valdez has been restricted by concrete pumping in recent weeks. The fire is likely to make travel through the congested neighborhood — an awkward triangle bounded by Broadway, 27th and Grand — even more difficult.

By eight o’clock the fire was greatly diminished. Students at the nearby St. Paul’s Episcopal School summer camp were dropped off without incident, one parent reported, although ashes were drifting down onto the street.

“Embers are littering the streets near my office,” said Jay Koo, a Kaiser employee who works downtown. His 21st Street building is a few hundred yards from the fire site.

Traffic has already been snarled for months by Measure DD work going on along the shore of the lake on Harrison Street. Sections of Lakeside Drive and Harrison have been closed and traffic has been detoured up 19th away from the lake. This is a major commute route in and out of downtown, and the blockages due to the fire are likely to add to drivers’ misery.

The neighborhood contains numerous automobile dealerships and repair shops, including Audi of Oakland, as well as the downtown Oakland YMCA. The YMCA notified its staff and members that it was closed due to the fire.

“Due to a fire in our neighborhood behind our building and for the safety of our members, the facility is closed until further notice,” the YMCA said.

George Kobayashi, an Oakland resident and member of the Y whose morning yoga class was cancelled, said he planned to take advantage of the YMCA reciprocity program and attend a yoga class at the Berkeley Y.

“I can’t understand why this continues to happen,” Kobayashi said, referring to speculation that this fire could be, like others that have struck Oakland and Emeryville recently, caused by arson. Obviously it is too early to draw any such conclusions about this morning’s blaze.

This particular site has a red tower crane that has been a prominent feature of the skyline for several months.

That red Bigge tower crane could be seen swinging around and around above the fire this morning. C. William Ibbs, an engineering professor at U.C. Berkeley and an expert on construction project management, suggested convection and winds caused by the fire could have been spinning the crane. 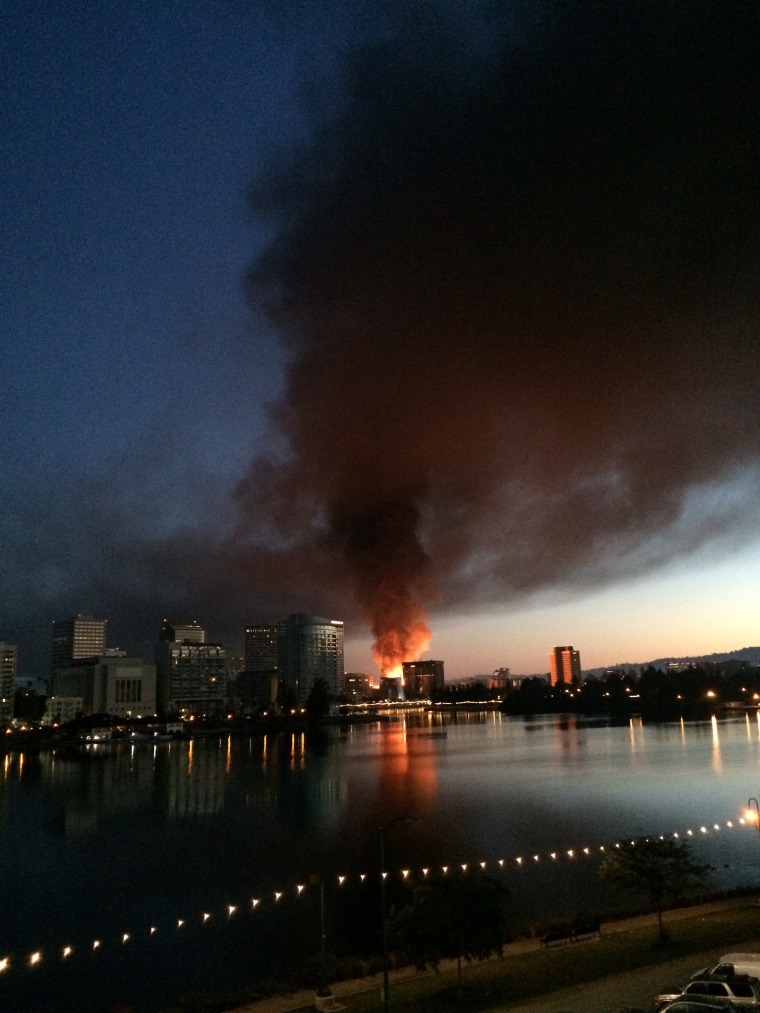 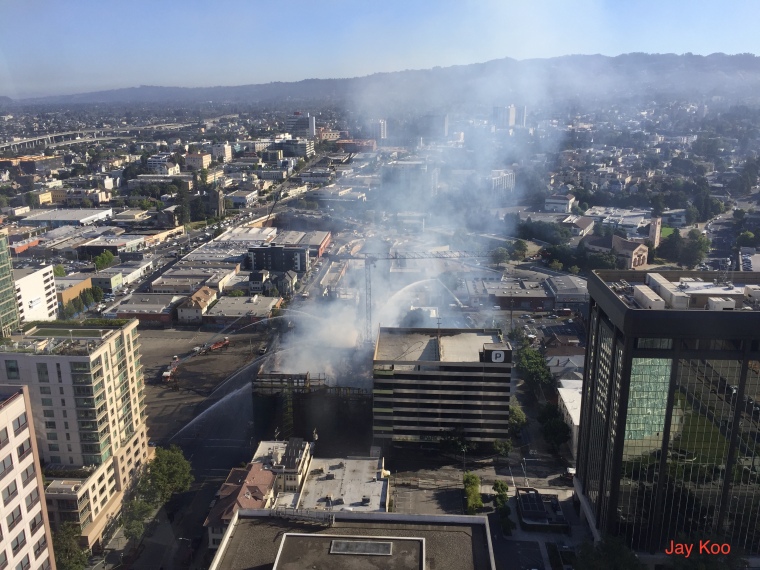