Last night I wrote a letter to one of my son’s friends about the story of Gilgamesh, the ancient mythohistorical king of Uruk. Gilgamesh dreamt of a meteor that fell to earth — he went and attempted to lift it but found it too heavy. All his subjects, the people of Uruk, came forth and kissed “the feet” of the meteorite (translating ancient cuneiform documents in Assyrian and Sumerian ain’t easy, and many of the tablets are broken, though new bits are sometimes found). When Gilgamesh asked his mother, the goddess Ninsun, to interpret the dream, she told him it was about a companion for him, made by the gods to be his equal, or nearly his equal. That man, Enkidu, would soon be coming out of the wilderness into the city to confront Gilgamesh.

Gilgamesh is a great story, particularly for children, and there are now a number of wonderful kids’ versions of it — by Ludmila Zeman, Yiyun Li, and others. The myth contains, on tablet XI, a story of the flood similar to that of Noah in the Old Testament. 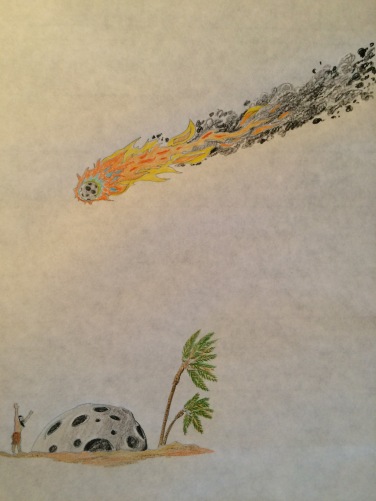 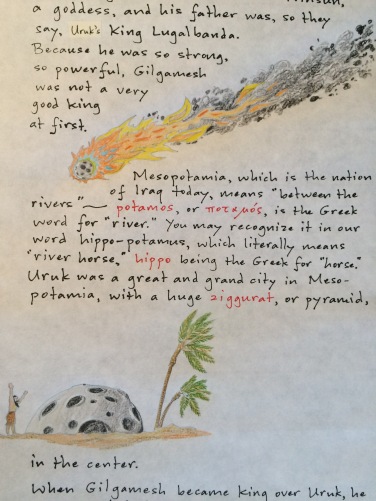