After a recent frog-catching expedition to Briones Regional Park, Kieran and I came home with a nearly intact Anax junius that had drowned. This is a female, and they have to touch the water to lay eggs, so there’s always a risk of some catastrophe. At least she didn’t die in vain, as she contributed to our study of science.

I drew her at twice life size two different times in letters I wrote to my friends. The second time I tried to include more detail from her intricate wing veins, which are astonishingly hard to draw.

A. junius, or the Green Darner, is nearly our largest local dragonfly. There’s one bigger darner species, but we have never encountered it.

We came home with a dead female dragonfly.

A detail of the cerci at the tip of her abdomen. 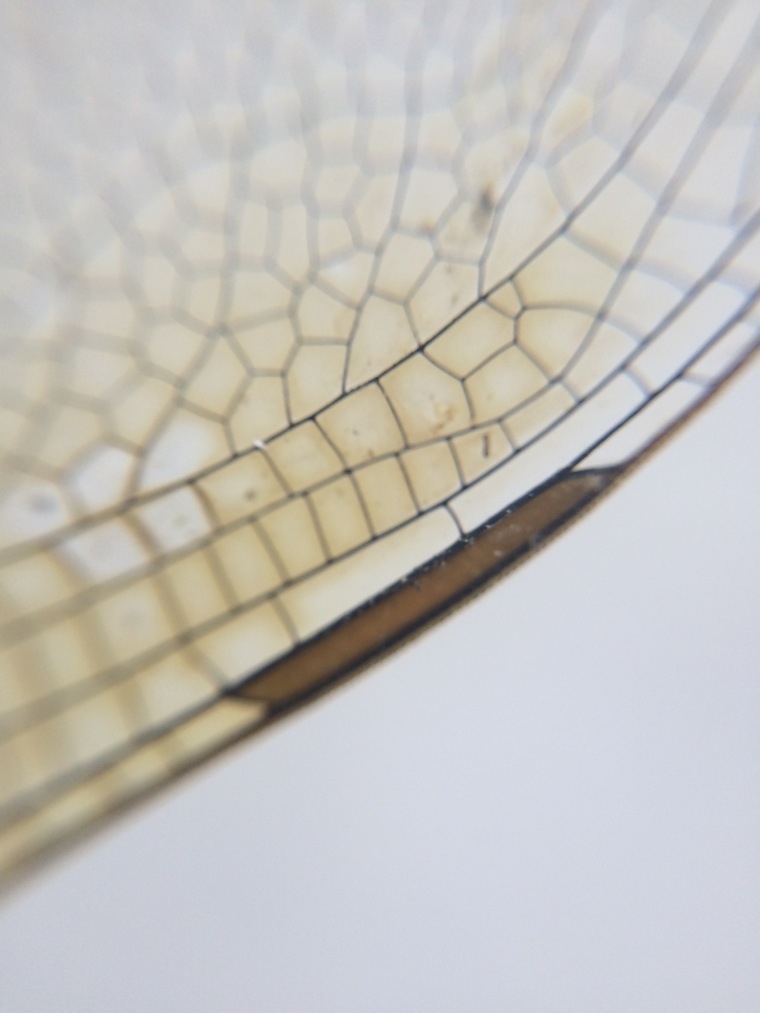 The pterostigma on one wing. 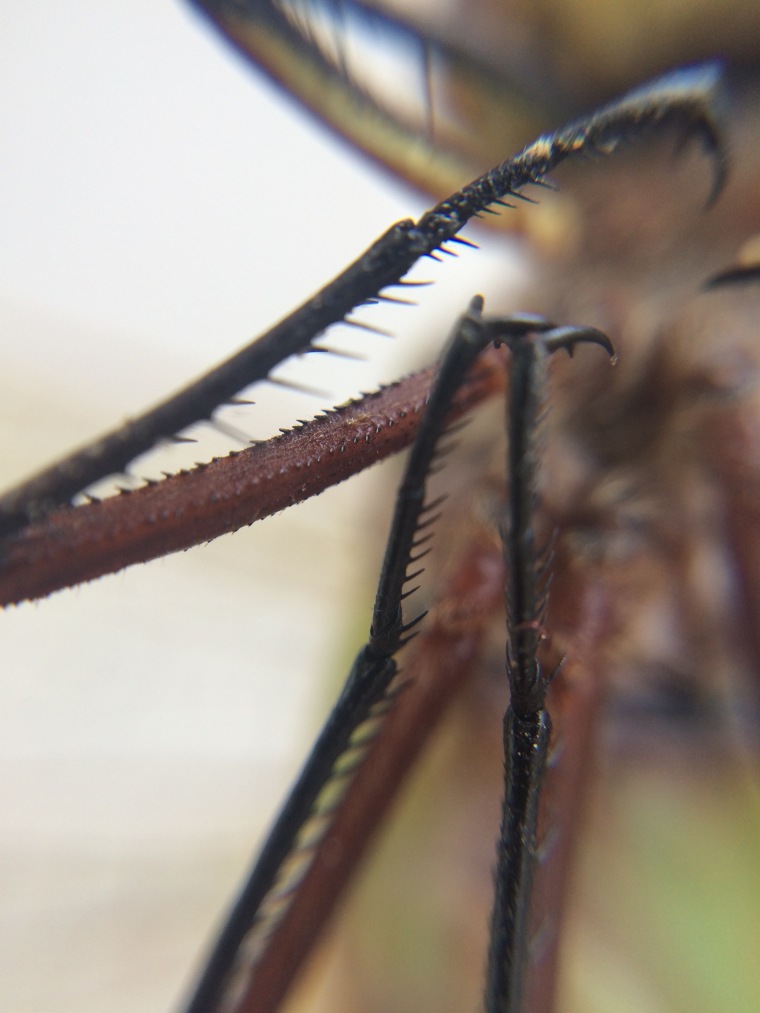 A detail of her legs, which are barbed to help her catch insects in flight.

The strong and complex musculature of the thorax, where the wings attach. 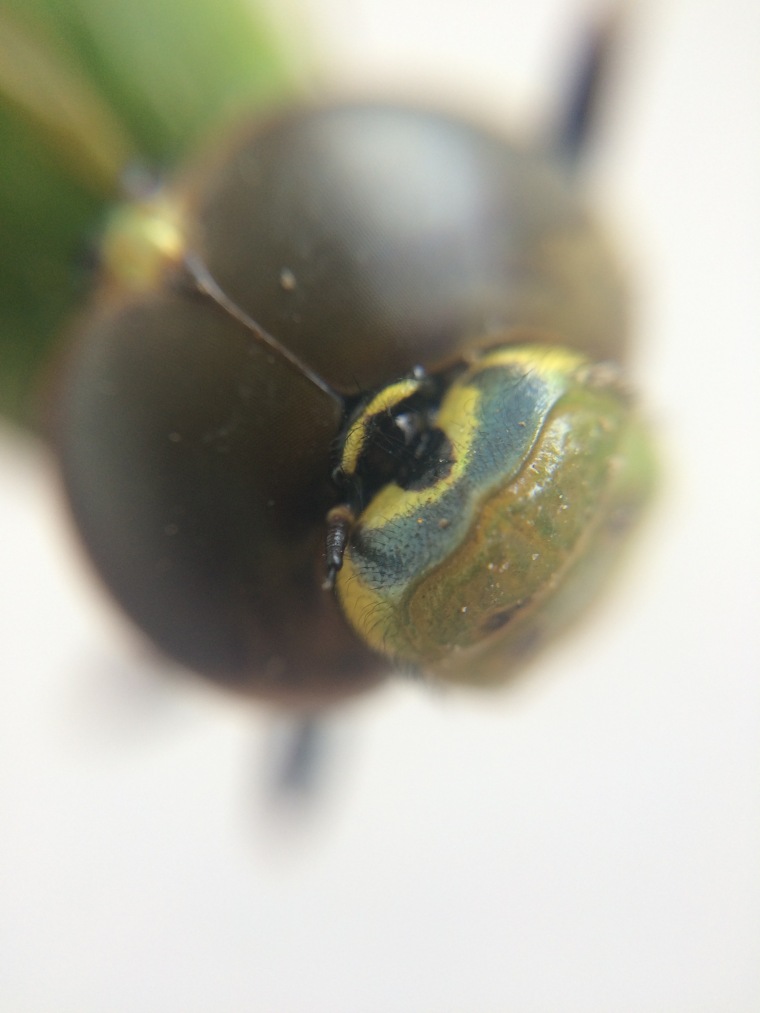 Anax junius is known by the “bullseye” on its head. 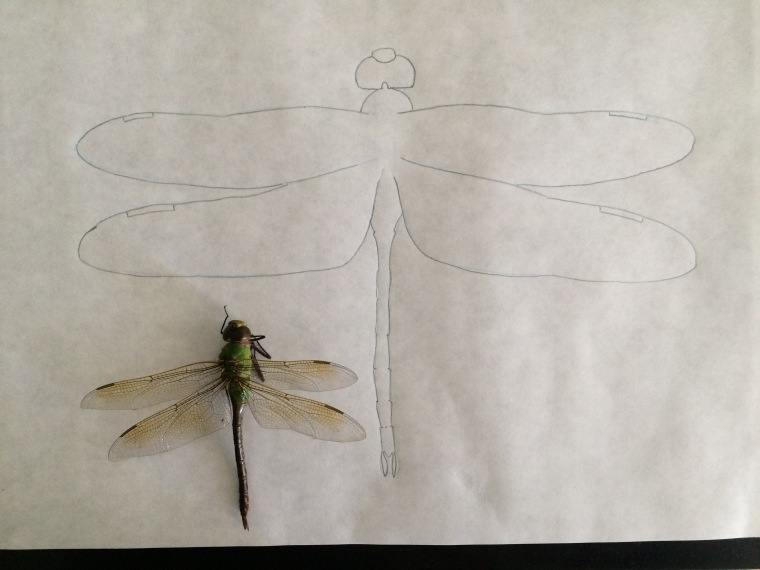 For the first drawing, I measured the dragonfly and multiplied everything by two. 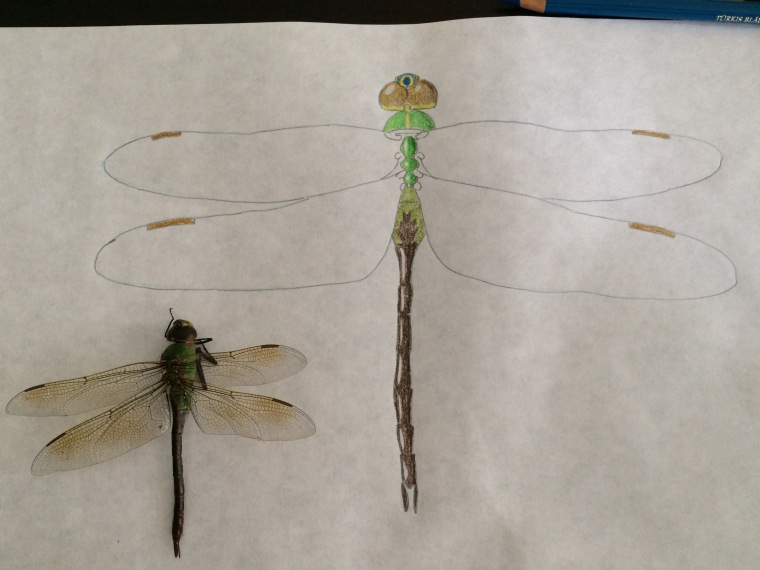 In the first drawing I left the complex wing veins for last, but didn’t draw them in complete detail. 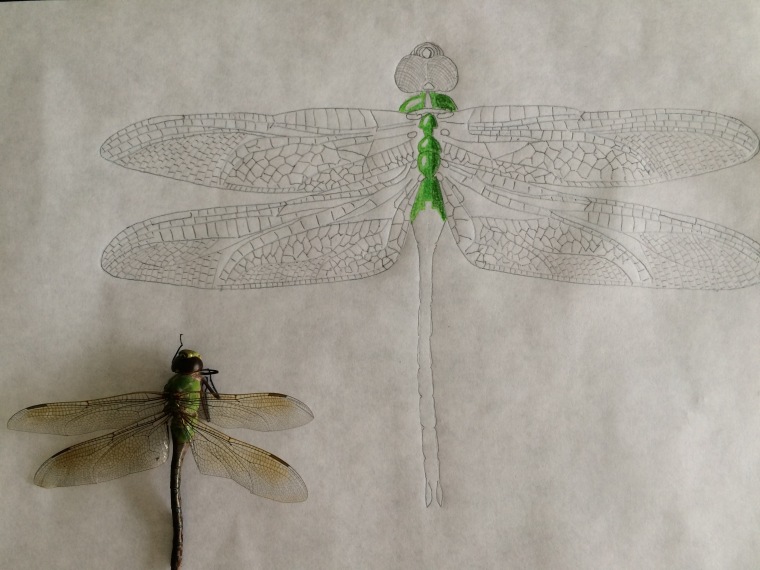 For the second drawing, a day or two later, I started with the complex wing veins and the crosshatching on the compound eyes. 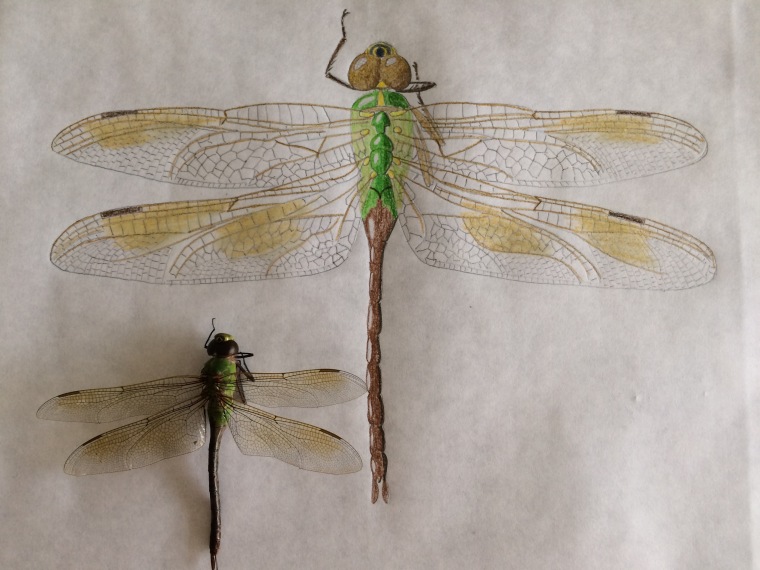