A medium sized spider has been living in one of our balcony terrariums for several weeks now. Here it is building its web at sunset today. Although it’s difficult to be sure, it is likely to be Araneus diadematus, the cross orb weaver, one of our most common local species. Many Araneus species, however, are quite similar in appearance, and there can be a lot of variation within a single species, both in coloration and markings. This one does seem to have the distinctive cross mark on the abdomen, however. If it thrives, sticks around, and molts, we will be able to make a better ID when it is larger. Araneus diadematus is an introduced species, originally from Europe. But it has thrived here in the United States, particularly on the Pacific Coast.

Though the individual web strands are invisible in this video (and to the naked eye), the spider very deftly walks along its web, finding a place for each of several feet as it uses other legs to draw out silk from its spinnerets and attach new lines at key points in the structure. 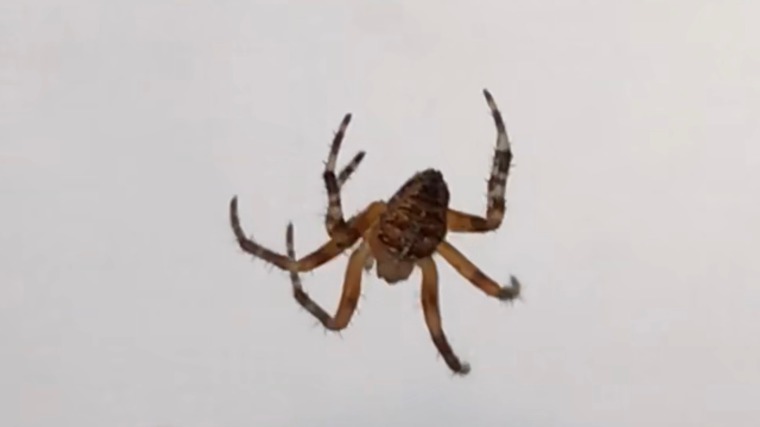