California’s beautiful state parks, like our favorite Mt. Diablo, have been closed for several months to discourage people from going out to visit them. At 20,000 acres, Mt. Diablo State Park is pretty perfect for social distancing, but the powers-that-be ruled otherwise. At last, it has opened up again, and we were able to visit its delights. We saw but one other person in an hour — a mountain bike rider who whooshed past us on a trail.

Natural marvels were all around us, though. We hiked to our favorite “hidden” pond, the one not yet invaded by Rana catesbeiana bullfrogs like so many other local ponds. This pond is home to Pacific tree frogs (Pseudacris regilla) and Western toads (Bufo boreas), too, as well as the red-legged frogs (Rana draytonii) who have been eaten nearly to extinction by bullfrogs in many places.

We found and examined a ring-necked snake (Diadophis punctatus), which uses the shocking red-orange on its belly and tail to frighten off predators, and several other “old friends” such as an assassin bug.

In the tall, dry grass we spotted a well-hidden dragonfly, too — we think she’s a flame skimmer (Libellula saturata), a common species at our pond and, indeed, all over California. She was quite calm and allowed us to get close and photograph her, which might mean, along with her pale color, that she was a newly emerged imago, just hatched from the skin of a nymph that had recently climbed out of the pond. 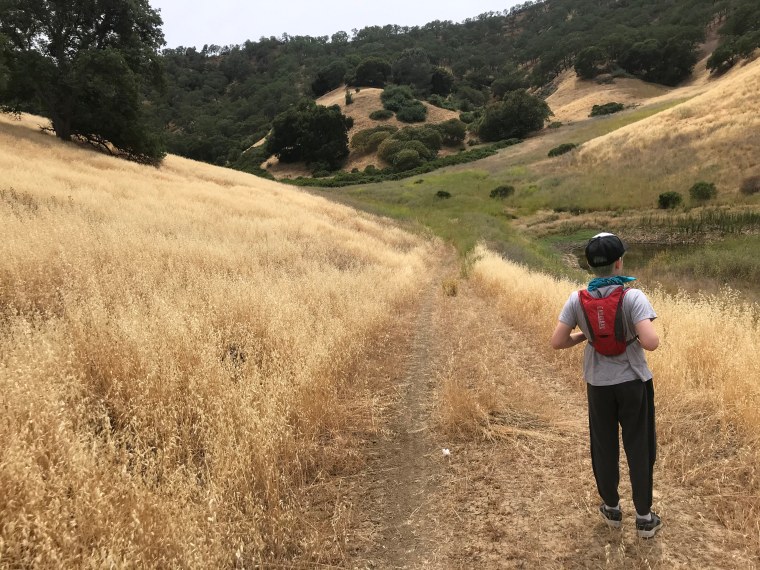 We hiked to our favorite hidden pond. 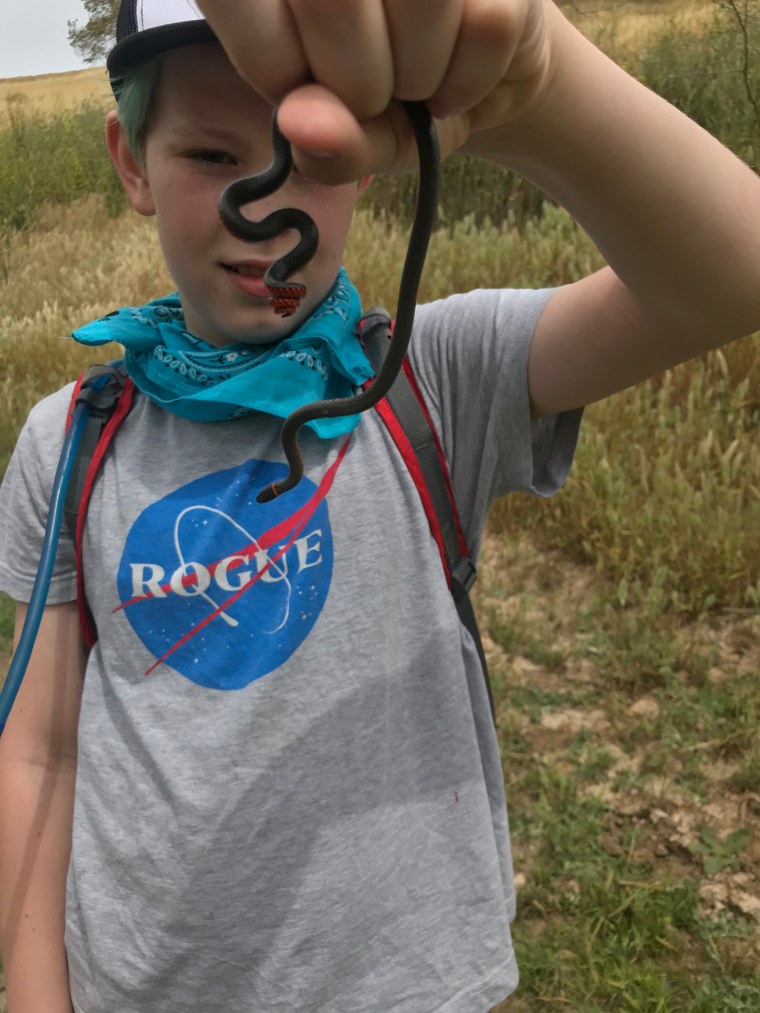 The ring-necked snake coils up its shocking red tail to startle predators.

An assassin bug in the tall grass.