Kieran led us (his grandmother, grandfather, and me) on an expedition to Mt. Diablo today. We found marine fossils in the rocks along Little Pine Creek, something we’ve done in the past. But we also found a large, male tarantula! Later in the season, come Indian Summer, the mountain can become quite crowded with these large mygalomorph spiders, which roam everywhere looking for mates. But this was a bit early for one so large, so we were quite pleased to find it.

We hiked up the hillside and Kieran spotted a deer and her fawn grazing beneath an oak tree. 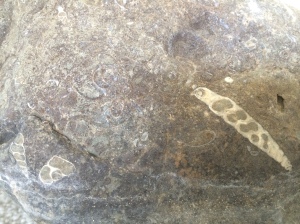 Some gastropod fossils in the rocks in Little Pine Creek’s dry bed. 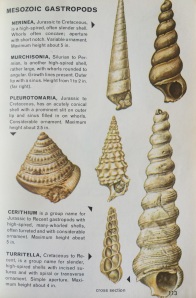 We’re not sure what they are, but we’re working on it. 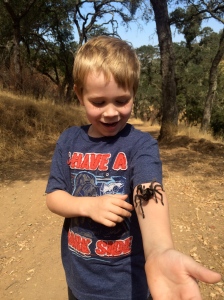 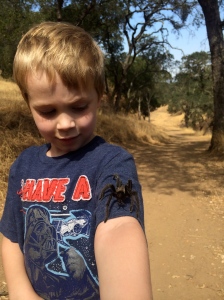 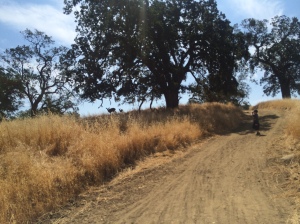 Kieran spotted a doe and fawn grazing at the top of a hill. 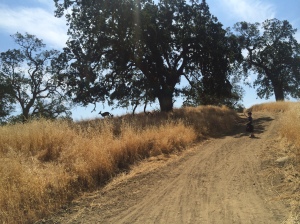 He waved to them.