Today on Mt. Diablo, Kieran and I met several enormous wasps in the genus Pepsis, feeding on flowers at about 1500 feet elevation. They’re quite impressive insects, with the largest specimens the size of your little finger, and they’re metallic blue with bright orange wings.

Pepsis wasps hunt for tarantulas, which we’ve also found on the mountain in the past. A mother wasp fights a tarantula, and, if she wins, paralyzes it with her sting. Then she hauls the big spider to her burrow, lays an egg on it, and leaves it as food for the larva that will hatch later.

Because Pepsis wasps have to be out and about in daytime, hunting for their prey, they don’t go in for crypsis — instead they boast bright, bold colors, saying, “Here I am!” and they have painful stings to deter predators. They are famous for having some of the most painful stings of all insects, and biologists tend to think those painful stings and the accompanying bright colors evolved because their lifestyle requires moving around a lot in daytime.

It’s not quite tarantula season on Mt. Diablo yet, so the wasps are busy feeding on flowers — that’s what the adults eat, pollen and nectar. 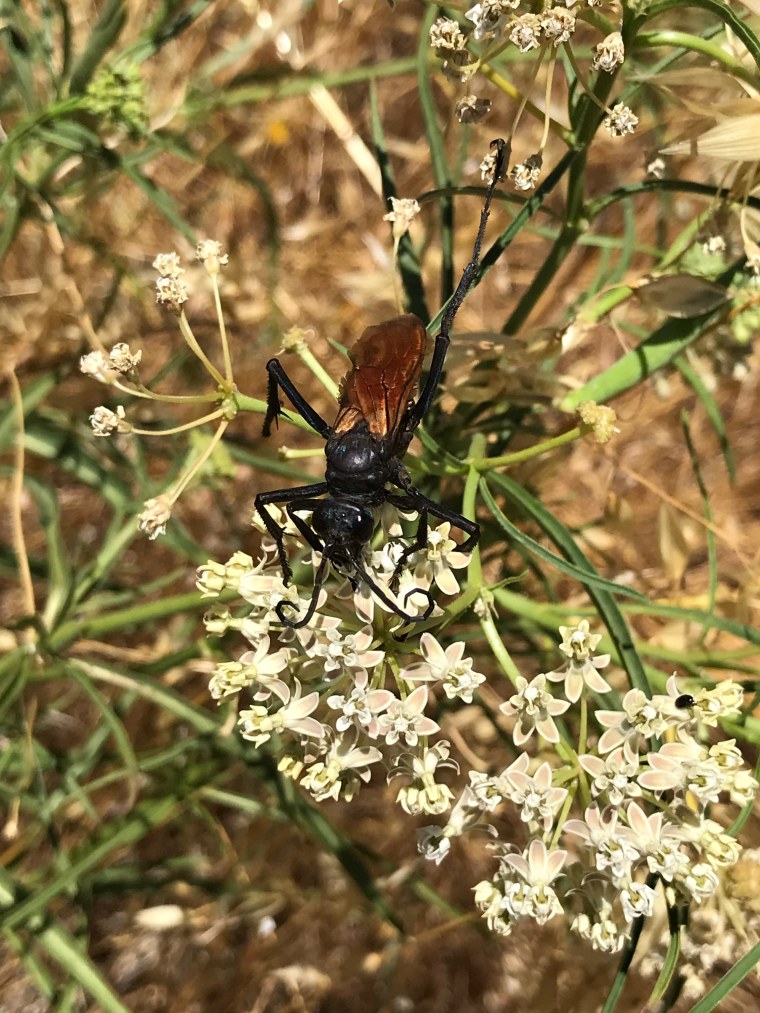