A good head on his shoulders?

Yesterday, our new female Mantis religiosa ate one of her two male suitors. The second male, using the advantage of his rival’s demise, moved in and successfully mated with her.

Alas, today, she ate him, too!

Now, this isn’t automatically a tragedy — both these males had already mated with our first mother mantid of the summer, and both of them were caught in the wild, where they’d had the opportunity to find and mate with other females. The males detect pheromones emitted by the females at a range of up to 300 feet at night, and then close in by visual hunting during the daylight hours.

And one of the best things a male praying mantis can do — after mating — to ensure the success of his children (there will be a hundred or more of them, most likely) is to give his hungry mate a big meal when she needs it most. Right now the female, whose body has already grown larger since we caught her yesterday, needs a tremendous amount of food in order to produce her eggs, which she lays in a sticky paste that hardens into an ootheca. The female roams about hunting for a good spot — one once went across my desk looking for a safe place! — to lay her eggs. In a world where food ain’t easy to come by, it can make genetic good sense for a male to let his mate eat him.

Of course, good genetic sense doesn’t always translate to a pleasant personal experience! When our hungry mother mantis caught this second male, she promptly ate off his head. But she didn’t have a great grip, and as she chewed up his front legs, his headless body crawled away!

Insects can live quite a while without their heads. Before we had Edward O. Wilson, Harvard’s “ant man” a century ago was William Morton Wheeler, who notes on p. 85 of his excellent 1909 book, Ants: Their Structure, Development and Behavior, that researchers have kept decapitated ants alive for 19 days in one experiment. In another test, pioneering scientist Adele Fielde, one of the first women myrmecologists (she excelled in numerous areas — women’s suffrage, missionary work, and writing), kept a headless ant alive 41 days!

The headless male’s body, with its four spindly walking legs still attached, and its papery wings, went off across the cage. After the hungry mother finished eating the raptorial front legs she had been chewing, she patiently tracked down the rest of him and ate that too.

A female Mantis religiosa laying eggs in 2014. She has to eat a tremendous amount of food in order to do this, and one female can lay several of these oothecae.

The female eating her mate — note she only has a tenuous grip on his spindly walking leg, yet she’s already consumed his head. 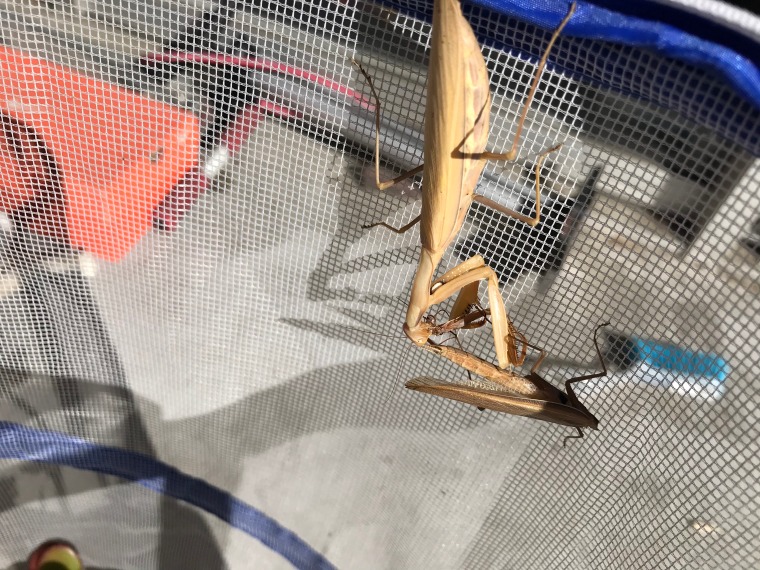 As our female ate the male’s head and shoulders, his decapitated body made a break for it!

Some insects can function for quite a while without a head. 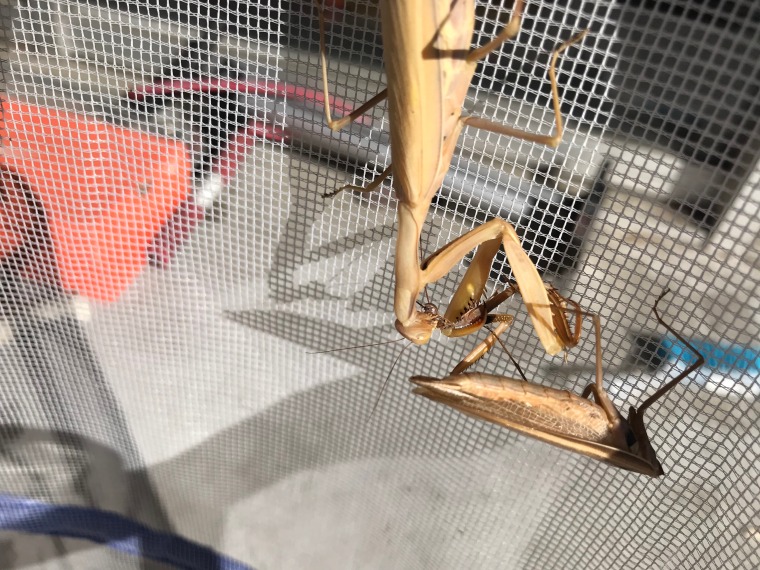 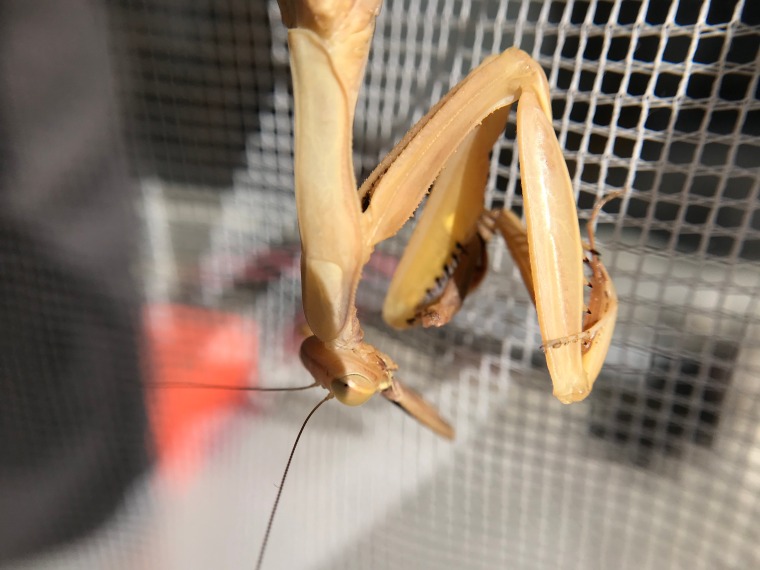 She calmly finished off his front legs after he escaped. 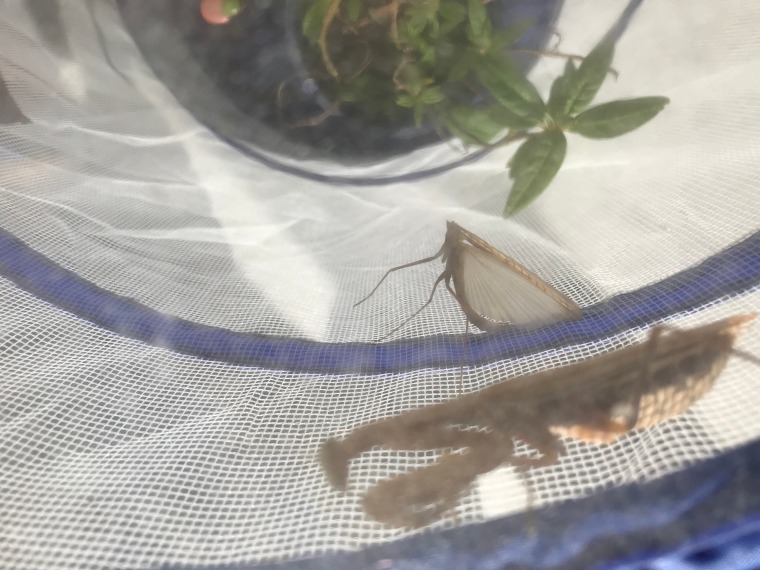 She kept an eye on his headless body, which retained its wings, as it wandered around. Later she pursued it and ate the rest of him.

A century ago, William Wheeler was Harvard’s “ant man.”